It is quiet. The crowds and workers have come and gone, had their fill and performed their duties until next year when it begins anew. There is something almost eerie in the silence that has encased the Strawberry Festival grounds, as if the grass and gravel and dirt have fallen into a slumber after a long and exhausting ordeal.   All around there is evidence of its plight: ruts and indentations from the heavy steel and aluminum beams and rods that had been hammered into the earth to secure the mechanical death traps; grass, weeds and dirt all ripped up from the endless parade of vehicles from both those willing to dump large chunks of change to scramble their brains to those in charge of parting them of said chunks of change. To the east, as the sun finally lifts itself over the tree lines, hundreds of birds of all shades of brown, black and white filter in, eager to get their fill of the food droppings from where dozens of food vendors had parked to hock their festival delicacies. The ghost scents of funnel cakes, corn dogs, turkey legs, pulled pork, sauerkraut and strawberries all have soaked in and now haunt the ground and surrounding buildings, so much in some places that even a week after the last RV has rolled clear you can still taste the cooking oil in the air. Whomever was in charge of the two week event had finally come to their senses within the past year and dedicated an entire building to the livestock show, now residing clear across the field from where the fry-slingers established their domain. No longer does the offending odors of manure and wet hay mingle with the sweet scent of fried dough when the festival is in full swing. Although it is empty now of cows, pigs, chickens and other barn-yard domestics, the open-aired structure is clinging to the earthy stench of farmstead. In the span of a few more days, the entire place will be cleaned and restored. The last three weeks will have seemed only like a bad memory. The grass will re-grow and those dedicated to the maintaining the Strawberry Festival grounds will repair her wounds and prepare for the next wave. 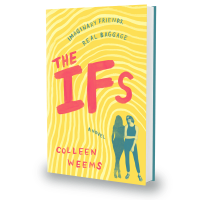